We are solving multiomic analysis challenges differently – not by throwing huge cloud and compute resources at the problem, but implementing easy to use, memory leveraged systems and software to deliver greater genomic insights, quicker and cheaper.

We knew when we started OmniTier that solving the greatest computations problems takes the best people. So we searched out the top artificial intelligence, data analysis, computer, software and bioinformatician folks and had them work on developing new data analysis technologies that could be applied to genetics and precision analysis... Out of this was born OmniTier.

Where everyone benefits from accessible, real-time multiomic analysis, to improve the quality and longevity of their life.

Breakthrough innovations can be most often found where novel hardware, software and algorithms come together.

OmniTier’s quality, cost, performance, and customer service will be second to none in the marketplace.

Hemant Thapar is the Chairman, CEO, and Co-founder of OmniTier. Hemant previously founded and led two successful startups, DataPath Systems and Link_A_Media Devices, which delivered many “industry firsts” in data recovery technologies, SoCs, and Controllers for data storage-- contributing to the shipment of hundreds of millions of chips for data storage devices.

During his early career, Hemant held various technical and management positions at the Bell Telephone Laboratories, Holmdel and the IBM Corporation, San Jose, where he made pioneering contributions in the areas of circuit-switched networking, data communications, and data storage.

Hemant is a member of the National Academy of Engineering, an IEEE Fellow, and a recipient of the Distinguished Alumni Awards from Santa Clara University and Purdue University. He is co-recipient of three best paper awards for his work on high-speed data transmission and high-density data storage. He served as a guest editor of two special issues of the IEEE Journal on Selected Areas in Communications devoted to high-density data storage technologies.

Hemant holds the B.S (EECS) from Santa Clara University and the M.S and Ph. D. degrees in Electrical Engineering from Purdue University.

Jonathan Coker is the CTO and Co-founder of OmniTier Inc. He joined the company in September 2015, shortly after it was founded.

Jon is a commonly-invited speaker throughout academia, industry, and customer-related meetings. Recently, he was selected as a 2014 IEEE Distinguished Lecturer, a global honor reserved for the most effective technical communicators in the business. He gave a series of 40 lectures on the state of the art in storage, throughout Europe, the Americas, Asia, and Australia.

Jon’s contributions to a company’s value includes significant activities in formal publications, contributing to the state of the art while protecting the company’s value. He holds 68 granted patents in the US alone, in areas such as magnetic recording, signal processing, coding, digital radar, algorithms, and medical devices. He is co-author of 24 journals and conference papers.

Suneel Indupuru is co-founder and Vice president of Software Engineering at OmniTier Inc.

Suneel brings 15 years of experience in development of high performance compute and storage solutions. Prior to joining OmniTier Inc, Suneel was Senior Director of SSD Firmware engineering at SK Hynix Memory Solutions, where he led the development of enterprise SSD products. Prior to that, Suneel worked at Transmeta and Philips Semiconductors, where he developed low power, high performance microprocessors based on VLIW architectures.

Suneel holds a Masters degree from Indian Institute of Technology, Delhi and a MBA from University of California, Davis.

Justin Cowling is the VP Sales and Marketing. He joined OmniTier in June 2020.

Justin brings to OmniTier over 25 years of executive sales and marketing experience in semiconductor, software and technology industries.

Justin joins OmniTier from Zuhlke, a leading software and engineering services provider, where for 9 years as Managing Director and a Partner he grew and diversified the business, as well as set up the company’s commercial agreements for expansion into Hong Kong.

Our Partners and Investors 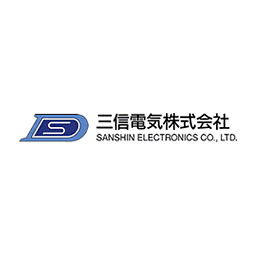